It really is. You set up your limited collection of Royer mics (purchased for a song before Mr. Royer became the toast of Recording Engineer and Musician Magazine), fire up your just adequate PreSonus preamp, and capture your magic sounds on your four year old Korg D1600 digital work station, which fits in a suitcase. It’s all you need, folks.

Gone are the heady days of our record deal with now defunct Sovereign, when we cut in leisurely style at Paul DuGre’s studio and even got paid. We’re on our own for this new CD. Now Paul L and Shawn are setting up cables and squinting at meters and cussing and scratching heads in their home studios. But that’s all right. Today we’re in Paul L’s living room.

Paul L and Victoria returned to Angelino Heights last year after seven years of wandering in Silverlake and Los Feliz. It’s good to be back, in a cozy upper level of a 1928 fourplex, owned by a craft and handiwork-loving young couple who live in the 1883 wood frame behind the fourplex. We’re all cozy as can be. Especially today, when mysterious dark clouds have swept in, obliterating the blazing heat we’ve had for weeks. This is all very good. Wind rattles the windows.

Rob and Paul M take alternate stabs at acoustic guitar tracks for the song. This song is rocking pretty hard, if we do say so ourselves. Rick Shea, our good pal and aux Hawk, lays down authoritative acoustic guitar and stony 70’s style lead lines on three tracks. It’s all starting to sound like a record on the radio. 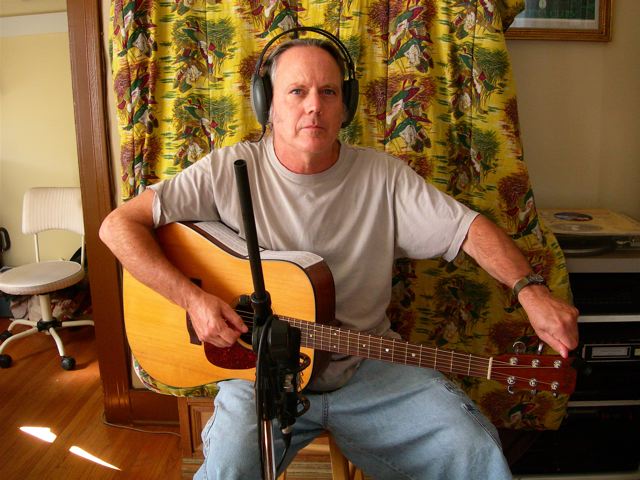 We toast our late afternoon work with Trader Joe’s label 18 year old Bowmore single malt scotch. It’s quite good. Warm like the wood floors and brotherhood. Guitar players depart, Paul L cleans up the chaos, the studio is now a home.It feels like full on fall, blustery winds keep a rattling, and Paul charges out into the gray black clouds and setting sun to soak up the cool and the brooding. A wander into the hills. Adios, summer.