Hurray for the scrappy football team from New Orleans. Once hurricaned out of their stadium, they put together talent and hard work, and didn’t even seem to have to rely on or require any luck at all to vanquish the more highly regarded and favored Indianapolis Colts and prime-time product hawker Peyton Manning. Can Drew Brees sell Coca-Cola? Perhaps we’ll get to find out. Perhaps because New Orleans had been so devastated by Katrina, the revelers and celebrants partied kindly, and didn’t set the town on fire or smash the windows of shoe and electronics stores. Come back to New Orleans, ye businessmen, ye conventioneers, ye who still have a weakened, erstwhile mighty, dollar to spend. It’s safe. It’s fun. It’s got great music, cool sights, delicious food…and the Super Bowl Champs!

We were driving south, the morning after the Palms in Winters. Always a stirring place to play. Crowd energy IS all it’s cracked up to be, and sometimes the crowd gives it up. No more so anywhere than when the Palms crowd hears “Well we got a big gig at the Palms in Winters tonight.”   A roar  from the darkness beyond the footlights, and 150 people feel like 10,000. We’re flying into the Yolo County Airport again. 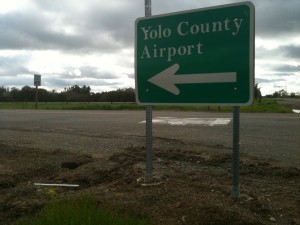 So we were feeling fairly triumphant, cruising in Susan James’s Crouton, wending our way east through orchard and field to the reliable, familiar 5.   And then, just as we made the big turn southward, we felt (well, some of us felt) that Super Bowl Sunday yearning. The biggest game of the year, and not just a game. A thermometer of America. Who will the country get behind–the favorite? The underdog? What about the most expensive and carefully produced TV ads of the year? Shouldn’t we try to get that thrill, to feel that tension, to enjoy the exuberance; in short, shouldn’t we stop somewhere and watch the Super Bowl?

So we cut over to the 99, through Los Banos, all the while calling establishments in Bakersfield on our cell phones. Our requirements: a TV and food. Most of the places we called were closed or closing. A Greek restaurant. A Basque restaurant . Buck’s Crystal Palace. Trout’s has a small TV, but no food. Another has the TV in the bar, but we couldn’t have dinner in there. Finally, we struck paydirt. Goose Loosey’s on 18th. A real sports bar with big TV’s on every wall, and great burgers and Greek cuisine. To top it off, they had a Mardi Gras special running and Mardi Gras decorations all around.

We watched the second quarter, and the third quarter, and, oh yeah, in between those quarters: The Half Time show. Now some old guys can rock. And some grow in interesting ways. And some put the keys a little lower so they can hit the notes. And then, there’s what’s left of the Who. Won’t get fooled again?!?!? Won’t book the Who again. The real meaning behind the line, “I hope I die before I get old” has been revealed. Unfortunately, he didn’t.