We’ll sleep anywhere. We sleep on couches, outdoors in hammocks, in Motel 6’s wedged between the tracks and the onramp. And there’s nothing like the occasional escape to the Hampton Suites, where an inside connection gets us a sweet deal on the corporate comfort zone. Yes, they’re a bit sterile. Yes, the AC will kill you if you fall asleep with it set on HIGH COOL. But they have workout rooms, and free breakfast, if you rise early enough.

Paul M always rises early enough. If you stagger out of bed and down the long, long hallways in time to snag buffet eggs and cereal as they’re being carted away (Paul L often does, Shawn and Rob often don’t), Paul M will look up from his USA Today with a smile that tells you that things are more than a little all right.

The Texas highways are dotted by picnic areas right at the roadside, in mowed grass bounded by barb wire holding back the prairie or scrub. Concrete and steel shaded picnic tables. We’ve got some cold cuts, Muenster cheese and salsa, and we’re going to pull this off.This morning there was a huge hawk circling the parking lot of the Homestead Suites (which is code for Home for Suits), a pink monolith containing overnight human storage units, carpeted, of which we occupied two for the hot and windy night of Sunday, June 4, 2006. The hawk was battling several crows and smaller birds, for several minutes, before he fled out of view.

The other Hawks, the ones in the Suites, revitalized by their overnight storage, grabbed the luggage cart and exited into 102F heat, packed and drove, patronized Best Buy (Dazed and Confused DVD) and the post office (mailed posters to distant clubs), jumped on Highway 84 and headed southeast. We filled the Yukon with $2.78 gas (ever think you’d be thrilled to see such a price?) at the Walmart gas station at the entrance to the vast parking lot, in Outer Lubbock. Under noon sun Walmart seemed like a sensible solution to lonely distances and brutal heat. The bathroom was spotless, and the previous occupant had turned out the light. Here was order and common sense. South and east under pale blue skies past plowed red earth, alfalfa, 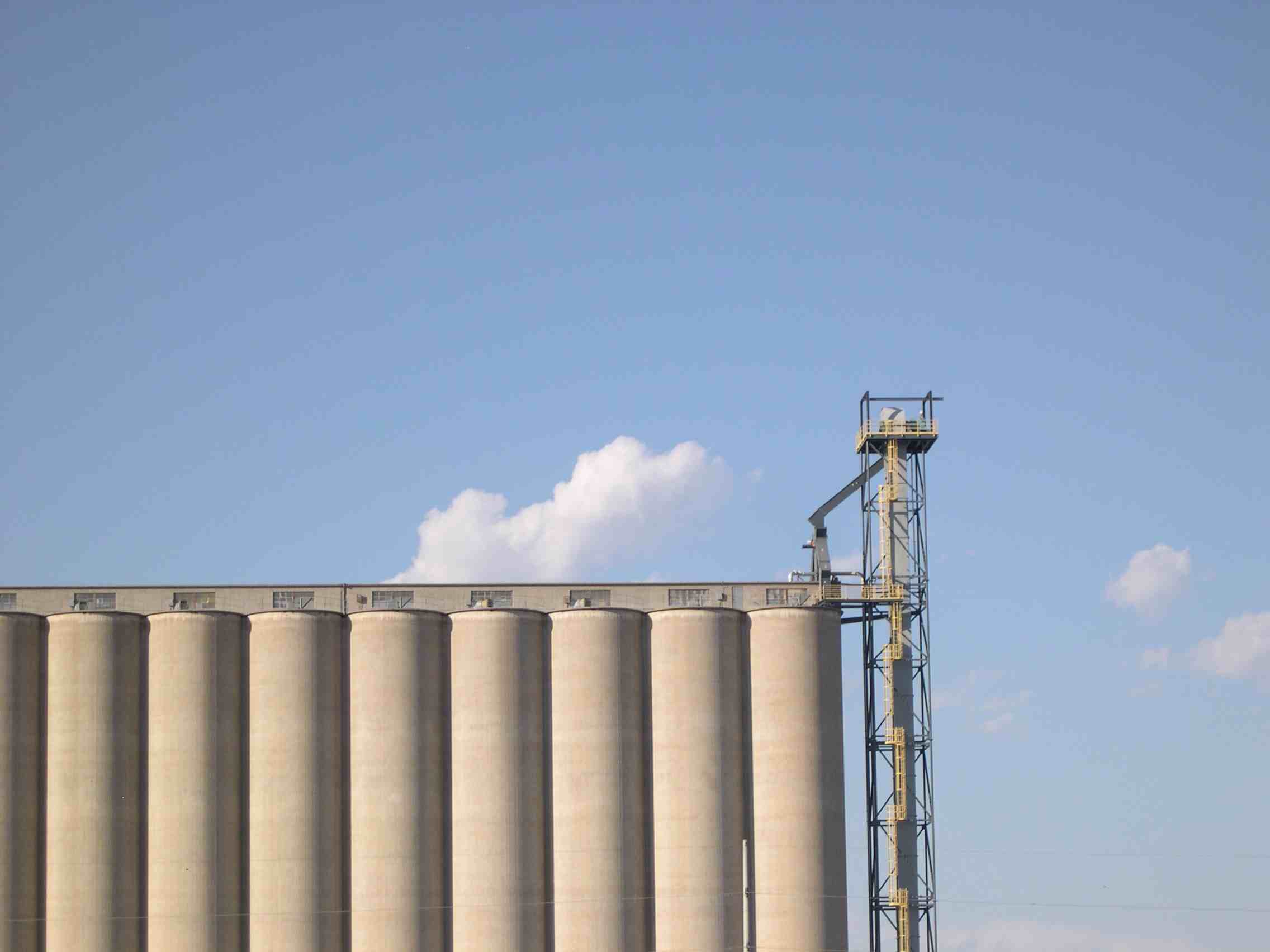 Now, mid-afternoon, we choose a picnic spot about 60 miles southeast of Lubbock, a very nice picnic table under a concrete and steel awning, make sandwiches while the wind howls. Don’t sit downwind from Paul L dipping chips into salsa. Is it possible that Texas picnic roadsides are built in windy areas on purpose? 104 degree heat feels good when the wind blows, and you’re in the shade. Here’s to shade appreciation. Standing in the shade is a dying art in Los Angeles. The plums and oranges are delicious. 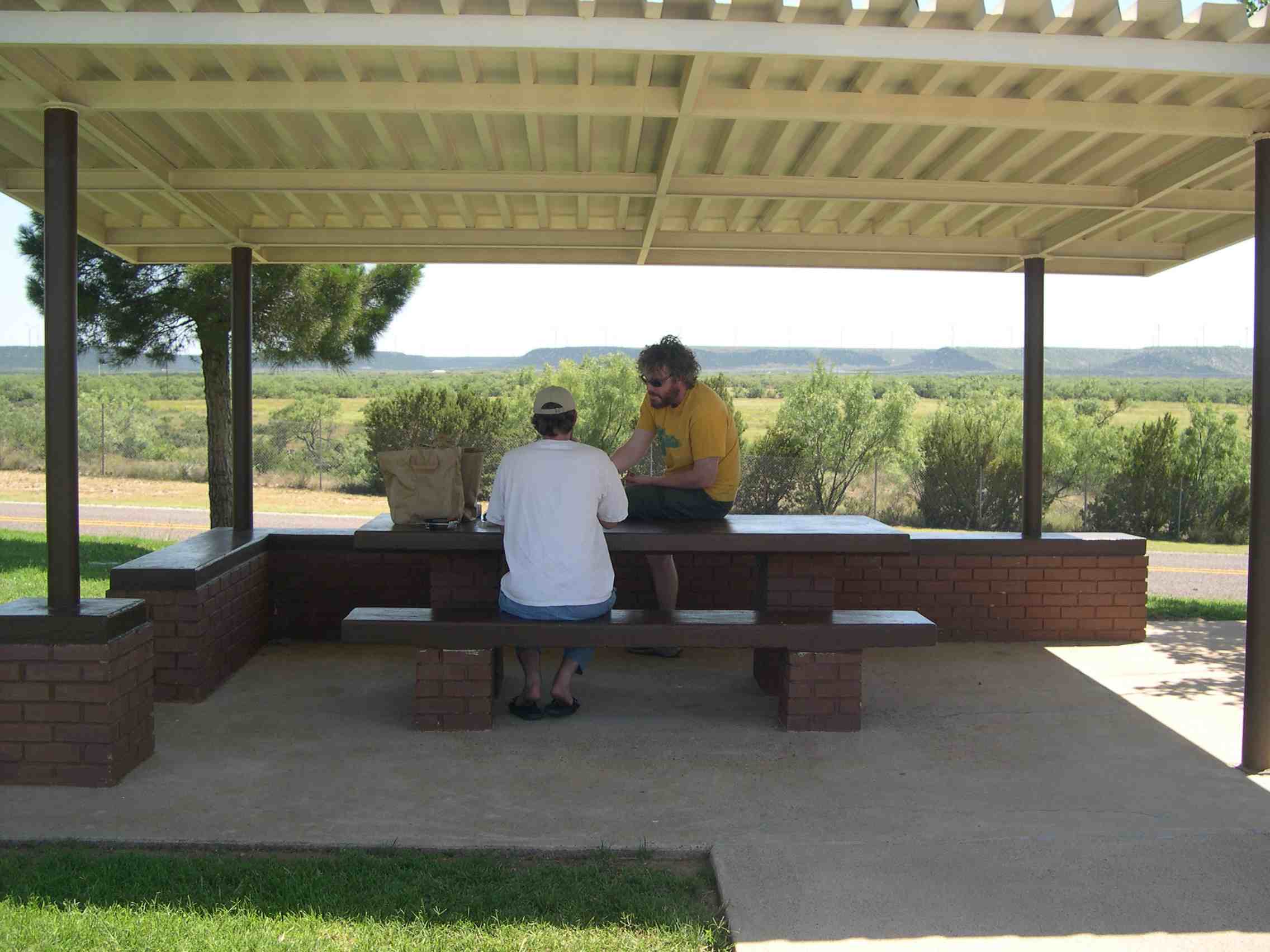 Well, that was great. What a picnic. PM said it was the best picnic he’d ever attended.

Here’s a handy travel tip: Has your Snickers bar melted in the Texas heat? Tape it to the AC vent for about 45 minutes. Check frequently for desired hardness. 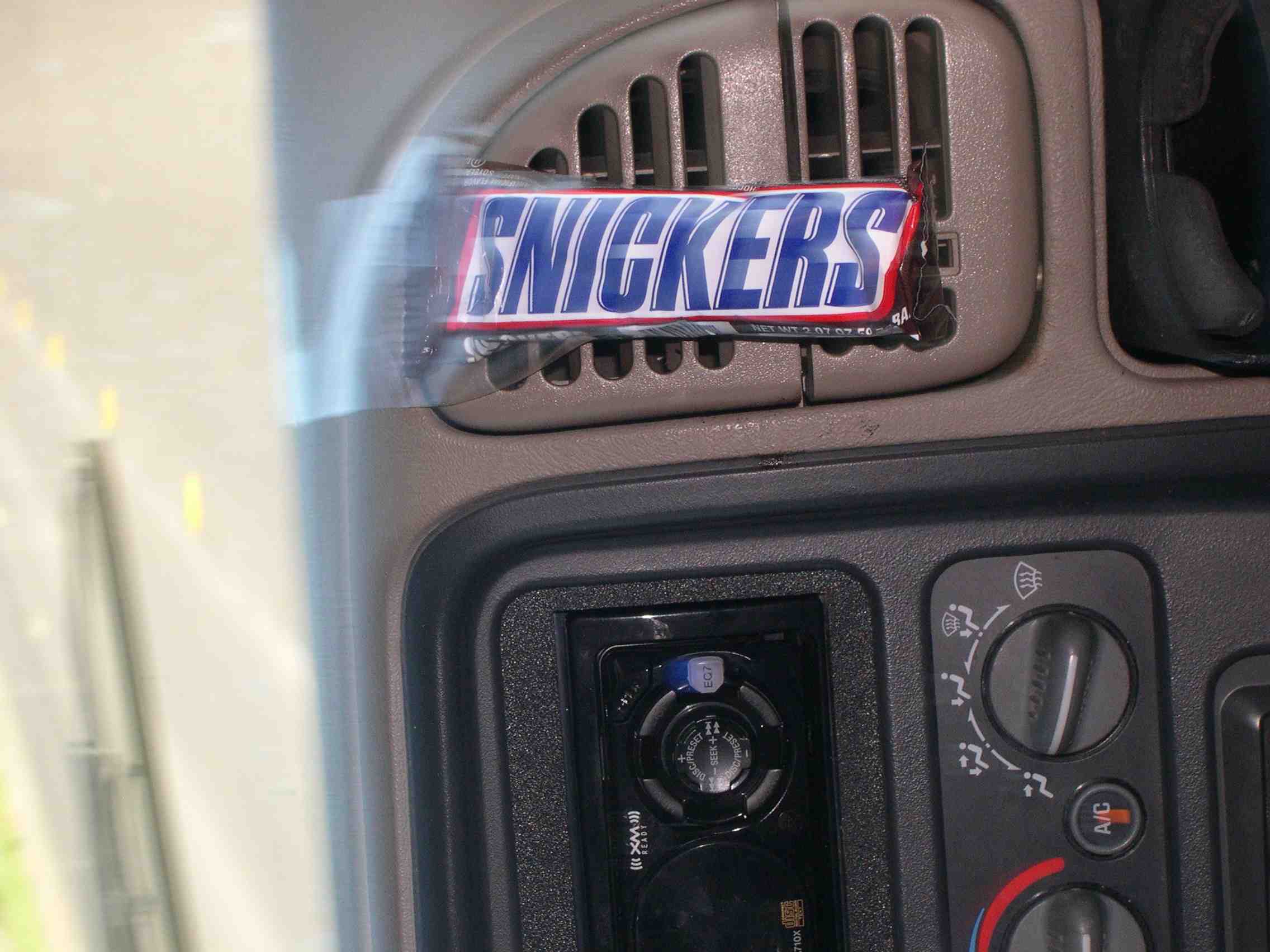 We stole free wi fi from the closed café in Fredericksburg, where we all agreed would be a good place to settle down. Now we’re heading due east on 290, just passed Lyndon Johnson’s ranch, the sun’s casting very long shadows on the cows and round brown hay bales in the green pastures ringed by mighty oaks. We’re going to turn north on MacGregor and wander the narrow lane through Texas hill country scrub to our friends Geoff and Sally, who have a no doubt magnificent salad waiting for us in the House That Sally Built. The heat down here feels good. No smog. It’s good.
We arrive at Geoff and Sally’s in Dripping Springs adjacent hill country as darkness descends. 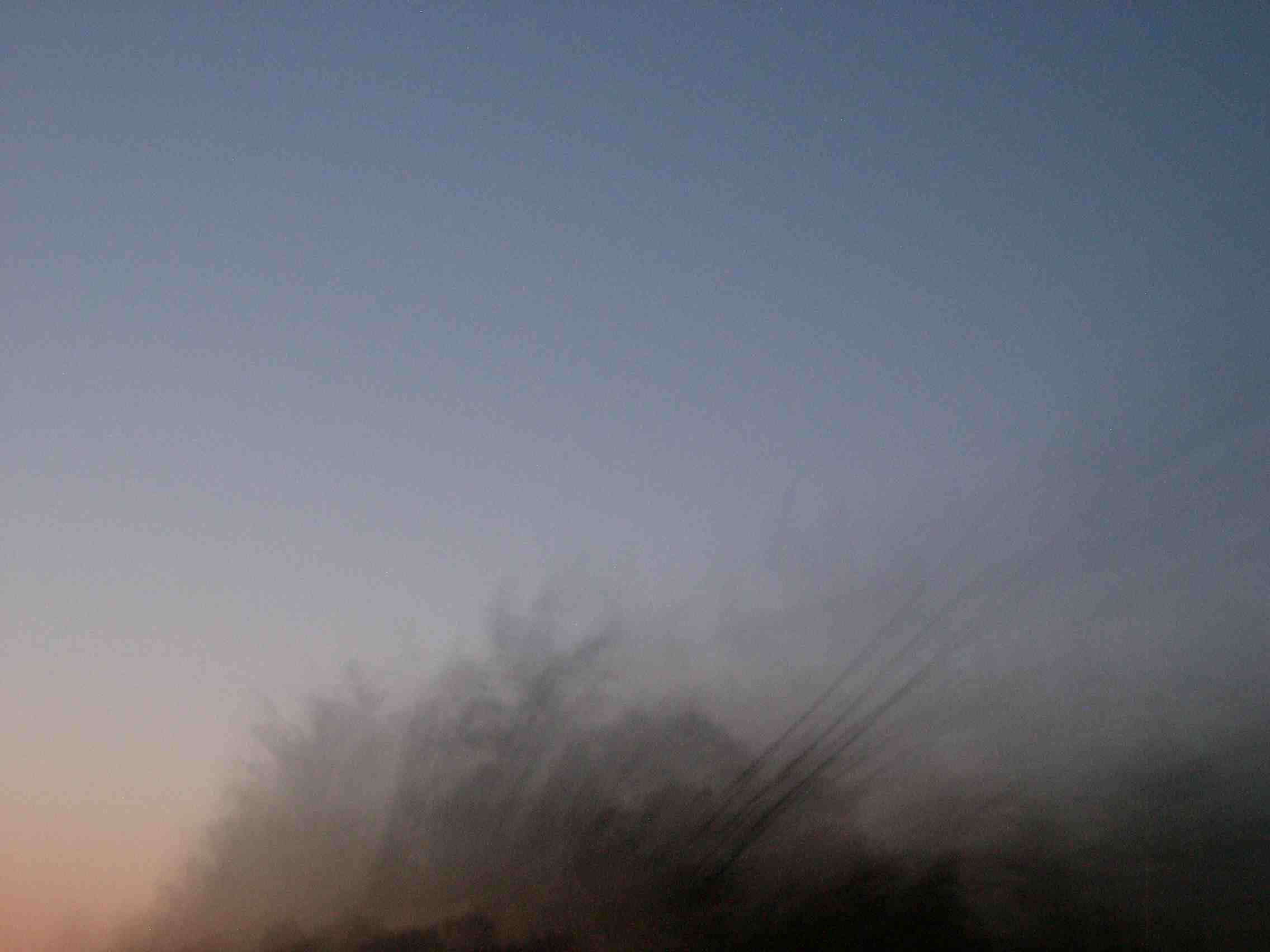 Jeff lets us in the massive iron gate built by Sally, we re-bro with the barking dogs, and eat a salad, bread and cheese feast prepared by our too kind two friends. We fall asleep, Paul L sleeping outside under a mosquito net. It was hot all night, and the bugs buzzed.