A grand time was had by all at our CD release party yesterday evening at the Grand Old Echo, thank you Kim and Pam, hostesses with the mostessness.

Our big day started a bit too early for comfort: we met Watusi Rodeo radio host and L.A. roots music kingpin Chris Morris at a Miracle Mile coffee shop at 8:15 a.m. for some desperately needed caffeine. Paul L opted for green tea instead of coffee, then decided he had to have a chocolate cookie, for which he was mocked by aforementioned radio host. Paul M and our old acquaintances the Mother Truckers arrived simultaneously, with a sleep deprived Rob chugging past in the soon to be obsolete Hawks Yukon, seeking parking.The caffeine buzz was mild at best but the adrenaline kicked in just as Chris finished up a Bo Diddley tribute medly, and we leaned into the big mics and sang our hearts out. Witty banter with the witty Chris, some more songs, long treks down labyrinthine halls of the gleaming Variety building, and we were out of there, back into the still still morning air of Los Angeles in the first decade of the 21st century.

Some of us napped, but not Paul M, who drove to Irvine for an outdoor party gig. The man is made of iron, and he comes to play.We all arrived late for our own party of course, quickly set up our gear at the Echo with the sun still burning in the west. Old Californio blazed through a set of their irresistible songs and good vibes. Mike Stinson did his lone troubadour acoustic show, the last hero standing in the honky tonk. 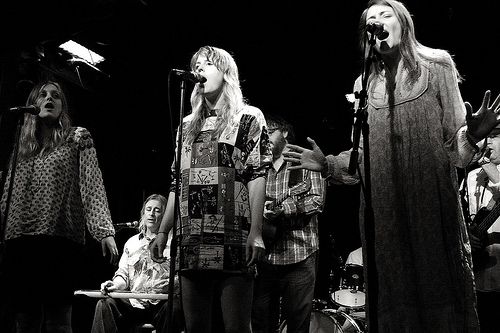 The goddess like if not actual goddesses Chapin Sisters mesmerized the room with three songs, backed up by the Hawks. See it captured in print by the L.A. Weekly blog. 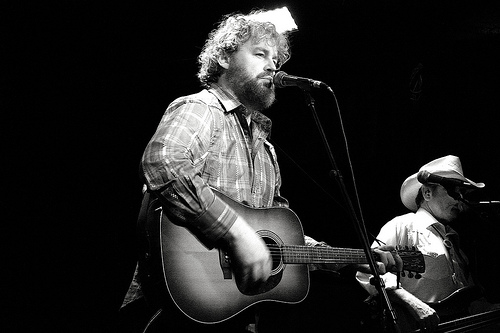 Then we were by ourselves and slowly but surely lifted off, from a rush of energy by the packed out crowd. It passed as if in a moment, a few encores and we were swamped by our very good friends and family. What a night. .