We’re driving to San Diego on a warm January dusk. The sun is hitting the brown layer delicately painted end to end over the flat ocean horizon with the unerring stroke of a master calligrapher. Two Marine helicopters hover, silhouetted in orange light, and in the shimmering sea a churning wake of–what?, a new top secret amphibious military vessel?–is viewed as a white blurry mist on turquoise becalmness.

We’re suspended between eras, and the feeling is almost physical, not exactly paralysis, but a resistance to progress, purpose, destiny in an air thick with future. The present is weightless. 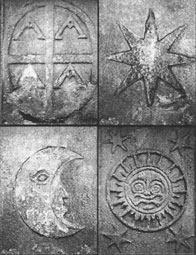 Two hours later. San Diego, somewhere eastish, off the 8, a cozy condo. The very kind Hawks friends Howard and Doreen have just cooked dinner for us. Delish, and interesting talk of local lore, and draft dodging in the early 70’s. It’s the coolest thing about being a Hawk. Grounded with friendship wherever we go. And it’s time to go. As usual, we are flirting with lateness. To the Casbah!Flash forward if you will, past our evening at the venerable rock club, to which we shall return. It’s 11:22:51 by the clock on this laptop in the front seat of our faithful Yukon driving north by the sure hand of Shawn Nourse, Son Of A Trucker. We’re listening to Townes Van Zandt’s “Houseboat In Heaven,” for which we have a particular fondness. “Houseboat” is forever associated with our 3 year home at Coles downtown, rest in peace, those times. We will think of you always.

Things are good. It was a good night in San Diego. After leaving our givers of kindness we drove a strange freeway path to the Casbah, where the jets fly over at an altitude we didn’t think was possible in a city. Like, low. Like low enough to look like they’re going to clip the parking structure across the street.But they don’t. This is our lucky night. We load in, and the Casbah looks just like its legend. Black, with punk rock stickers. Rob played here 13 years ago with the late great Apple Pork Four, whose single had a mini buzz at the time (Rob promises to do a blog about the show and their subsequent late night drive to Las Vegas). Shawn’s played here with James Inveldt.

The Meat Puppets are playing a song at their sound check, and they sound great. We saw them at the Echoplex a few months ago and they were powerful, a rich, mature sound. It’s the logical destination, and a good one, for their musical trajectory.We meet Kurt and set up. The bartender’s cool. The beers are cool. The sound man’s cool. Hey. Everything here is cool. Sound check is cool. We hang, and the people filter in, and it’s cool. We play, and now there’s a crowd, and it’s cool. We dig it. They dig it. We start with Hope Against Hope, end with Humboldt. All right.

We hang a bit with Dennis Pelowski, mad genius of the frozen north, who flies frequently, brainstorms endlessly, litigates when he must. He’s put us on the bill with the Meat Puppets, and introduced our music to them. We listen to the Shaky Hands, a young band from Seattle. They rock, in a way both warm and mathematical, and muscular. They use odd meters, hyperactive and grooving bass and drums, and sparser but nicely ambient guitars and harmony vocals. Good, unique songs. Kind of reminds RW of the AP4. Very cool.And so to Yukon, for many a mile have we to trek, and early risings tomorrow. Good night, San Diego. We have seen thy finer side.