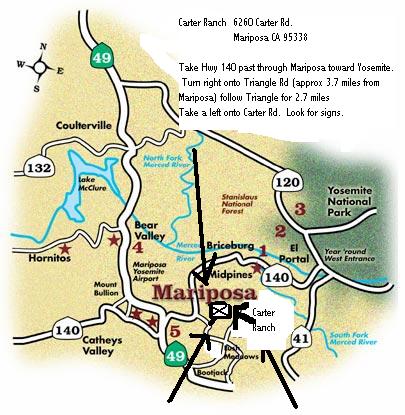 We’re motoring south fast on the 99, noon dry and bright, fast because of a leisurely breakfast at Richie and Katie’s, fast because of a serious error that put us north on the 5, long loop around outer Sacto to get it right. Cell phone word from Carter Ranch Fest kingpin Adam: the Yosemite area CHP hired an extra night shift, which somehow got put on the dayshift, so now there is double the number of MIGs lurking behind billboards and tall trees on the winding road to the Fest. But on 99 we are sailing uninhibited.We’re passing through Manteca, gateway to Modesto, and hometown of Marcus Watkins, here’s a shoutout to Marcus and Party. Marcus, they’re planting vineyards and big boxes where once you threw rocks and M-80’s.

Now we’re in Manteca, or outer Manteca, emergency piss/diarrhea stop at a gleaming new maximallStaplesCostCoJambaJuice BestBuyInNOutBurgerTarget-ensconced Starbucks, and so a continuation of shoutout to Marcus. So many thoughts. Paul L: this is my first time with a laptop in a Starbucks, and it feels very very good. This Starbucks has that same innocence of the Starbucks outside of Salt Lake City. Mantecans are excited, near giddy over this newly arrived sophistication and ambience. I’m soaking it in, come giddiness, suffuse my weary urban soul. It gets better. Someone’s left the full Modesto Bee on a table. Dunk chocolate chip cookie in Zen tea. Life is beyond meaning, and in the realm of the ecstatic. O blind luck, your favor is so fleeting.South, west and upward into very dry brown hills flourishing with oaks, yes, but mighty dry for early June, isn’t it? Now we’re in trees, chaotic post-logging patterns on steep hillocks and far ridges, high Sierras gazing down blue in the distance, winding upward highway with tattered roadside establishments serving the American Outdoor Family since the road was paved and the mules faded into fond memory and local limited printing history books.

We motor through Mariposa, there are indeed CHP in abundance, and we continue our climb, now a dusty side road winding through mini-ranches with ranch style palaces that appear to date from weeks before the great gasoline crisis of ’73, all coated with early summer dust.And here we are, tents in the meadow, dreadlocks, djembes, merchants selling medieval fools caps and tie dye, natural liquids in plastic tubes, dragonflies in silver on silver chains in late afternoon sunglint, and Fighting Chance, prototypical pre-Coachella dub grunge rockers with beefy tatts and stadium stance, rock the meadow and surrounding forested slopes. Welcome to the Carter Ranch Festival, June ’07.

The Hawks meet wise man and festival organizer Adam Finney, wander the grounds, check out the local counterculturisms, the tents, the orange and pointy horned Scottish Highland cattle that the Carters keep as pets (once you’ve named them, you’re not going to slaughter them, points out Papa Carter). We take the stage and the view is great, tilted meadow with festival folks leading the eye upward to the oaks and pines, and the sun is kindly low as we launch into Hope Against Hope, and the crowd is with us all the way. Five for five on audience connection, sweet life for this country rock band. We do a long set and several encores, and the sun is down.

Yes, yes. Navajo tacos, and they’re good, funky fat tortilla and that magic combination of beans, tomato, lettuce and cheese–how can it taste so different? Must be the dry bright air, same as the air of origin, in the Center of the Earth east of Flagstaff. We enjoy the fruits of the earth in their various liquid and more ethereal forms, and decide to go a-wandering, into the hills with Geology Doctress Sara and boyfriend Brandon who have made the drive up from Los Angeles to escape the city for the weekend and celebrate Sara’s successful completion of her qualifying exams. We find a cattle run, deep and dusty narrow trail cut into dry pasture and woods, bounded by two barbed wire fences running up the hill. These fences are old: the barbed wire plunges into a big old oak tree and out the other side? Could this fence be a hundred years old? The run leads us to an upper meadow, dry and brown, and we make movies and have jumping contests on someone’s deserted vacation home deck. Darkness descends and we head back, this time scaring a long horned Highland cow back down the cattle run, his retreat an annoyed and very reluctant one.

Why do cows retreat from humans? Have they learned that you can take one out, but then big trouble follows? There’s a theory that the two whales who made their way to the deep water port of Sacramento were simply returning to ancient form, that they’d always explored fresh water inlets (they’re mammals, at home in fresh or salt water), until the age of whaling taught them to flee signs of human. And now whaling’s almost done, and it’s safe to hang with the humans. Perhaps. And perhaps.In darkness we hang at the Yukon, not sure what to with ourselves, when a sweet to dissonant and back again musical density wafts over our jaded ears and lures us to the wood stage, now festooned with Xmas lights. May we present the second musical revelation of Tourette 07: Madeline Flash, from our very own Los Angeles, indeed Highland Park. Seven dudes, on drums, standup bass, guitars, bass clarinet, virtuoso keyboard, and feminine flautist to complete the spell. Is this improvised? No, here come the horn parts, but how can this meandering and coalescing be spontaneous. Mystery, and musicality, and a rare new millennium commodity: consonance.

We hang in the giant oak over the stage, soaking in MF magic, and then we gaze at the stars, and there are many, and the stranger to L.A. eyes, the Milky Way, which should have no other name. Then, it’s teepee time.We were supposed to get a room or two, but the room is indeed a large teepee parked in the middle of the festival meadow, four bedrolls on a tarp gazing upward to stars through the round teepee top. Rob is snoring within minutes, but the two Pauls and Shawn are regaled for hours by the sound system and stage teardown, random reveling from distant and near meadow tents, everpresent dub reggae from unknown sources, folk singing on truck beds, and somehow, in the wee hours, a psychedelic lone electric guitar. Or was this a dream? No, for we slept not.