AN ELEVATED WEEKEND — THE GETTY, THE DESERT, THE 70’S

The Hawks are working on a new recording. This requires a delicate ballet of scheduling around day gigs and night gigs. Paul and Rob meet every Wednesday to work on songs, book shows, gossip, and complain about the low angle of the Hawks career trajectory. On Fridays the band meets at Shawn’s Highland Park home studio and knocks out a couple of songs. So far so good. We’ve got six or seven bass/drum/guitar keepers. Our vow this time is to keep overdubs to a minimum, but Paul L seems unable to resist the total freedom of the digital domain. More guitars, please. Just one more. How about some jawharp?

But this weekend we blew off recording, and for a righteous and good cause: our co-bill at the Getty Museum with the Chapin Sisters.THE GETTY

There are low chakra gigs and high chakra gigs. The Buccaneer in Sierra Madre is a low chakra gig, despite its mountainous location–a real bar, with real and tough locals whose drinking rituals you are providing background music for. A challenge to your band masculinity.The Getty is a high chakra gig: also at elevated altitude in the Santa Monica mountains, gazing dispassionately down at 405 traffic crawling north and south in the pass far below, gleaming white travertine draped building blocks in an architectural plan that’s overthought to the point of controlling, but it works. It works beautifully. You feel godlike and intelligent walking the stone plateaus, contemplating your sophisticated leisure choices–cafe? Exhibits? It doesn’t matter. You are godlike and intelligent up here.

Paul L got in a hassle with the zealous and shaved-spheroidal-head security guard at the bottom of the Getty grounds. Paul’s life is a continuous dialectic with authority figures, no doubt stemming from his Marine Corps dad’s capricious attempts to discipline his nine children while working 70 hours a week. As Paul L pulled away from the guard booth to drive up the hill, the Getty guard yelled, just a bit too loud and harshly for Paul’s delicately tuned sense of civility, for Paul to pull over for a car search.It’s been almost six terror free years since 9/11, and Paul L is willing to abandon Homeland Security. As long as none of his friends or relations take a hit, he is willing to trade a second calamity on American soil in trade for the disempowering of people with badges and headsets.

The guard ordered Paul to open his guitar case, glanced at the battered D-18 inside. “You can go.” What? Aren’t you going to inspect my dobro case? What about these suspicious black bags? The guard walked away. Onward, Paul. Let it go. Up the secret driveway that civilians never see, into the above ground underground parking lot, up an elevator, down a hall, onto the grounds, and the gracious and kind Getty coordinator Sarah McCarthy greeted Paul and deftly deflected his police state rant. The bad vibes drifted skyward towards a sinking sun over the Santa Monica Bay. The Getty concert hall rakes steeply downward from its light filled and airy foyer, walls and ceiling lined with a complex pattern of acoustic tiles. The room sounds as good as a room can sound. This is the future. Computer enhanced sonic reality.

The Chapin Sisters, Jessica, Abigail, and Lily, are a high chakra presence, angelic in appearance but with formidable and biting wit and intellect. They also sing like angels, rich and precise three part harmonies floating over guitar and banjo.

The Hawks and the Sisters sound check, then re-rehearse two songs together, a collaboration that Liz Garo, enlightened club and concert booker, has gently strongarmed the two reticent groups into trying out. Paul L and Rob had the temerity to write a moody ballad called “Never Alive” for the Chapin Sisters, which they learned in about five minutes, including shimmering harmonies; and the Chapin Sisters showed the Hawks a 70’s vintage Crystal Gayle country rocker. Well all right. We’re all ready to go in the green room, rehearsed, long discussion on Iraq, (most of the) Hawks happy to find the Sisters are deeply informed and way to the left. The Getty has provided gourmet food and a detailed plan for the evening. Our spouses arrive for some further green room hanging, and it’s showtime.

Sarah introduces the Hawks, and the time flies. A half hour set for a rapt audience in a finely tuned chamber–we don’t want to leave. The Chapin Sisters amuse, charm, and devastate the audience, and then we come back out for the two song two group extravaganza, which the audience is thrilled to learn about.The two songs go better than we’d all hoped, both with six voice choruses that billow off the tiles. We are elevated and godlike, for the moment.

THE DESERTThe high desert fires on all chakras. It will kill you if you are foolish, and it will make you shudder ecstatically with dry spirit winds passing through your skin over Intelligently shaped rock piles and valleys that draw your city trained eyesight to distant horizons.

The Saturday afternoon traffic on the 210 and 10 East was only moderately annoying. There is almost no open space left as the Inland Empire bottlenecks approaching San Bernardino. Beige pastel suburbia is approaching saturation. Just drive. This will pass. But what inglorious ruins for the new Goths to occupy!Eastward, beyond Banning/Beaumont. Windmills. Freedom. Even more freedom on 62 north and up into Joshua trees and rocks, the big swooping curve into Yucca Valley (hurry, Peak Oil, before we kill the whole state with stucco and Starbucks), even more freedom on Pioneertown Road north–wow, look at the scorched earth.

It’s amazing that Pappy & Harriet’s is still standing, surrounded by blackened Joshua Trees and the smell of smoke from last summer’s massive fire. There must have been some firefighter heroics involved here.The sandy road alongside the bar is already filled with cars, and the sand feels good underfoot. The sun drops over the blackened ridge. Enter through big old gnarled wood doors.

The adobe brick, beam, and darkened concrete rooms are packed, with a great local old time country music combo, the Shadow Mountain Band, laying down the real deal, and the Hawks are happy. Free band menu, tacos and burgers and Bass Ale, modern Minnie Pearl waitress complete with price tag on the hat and don’t cross her, the band ends with “I’ll Fly Away,” and all is very, very good.Beer. Beans. Burger. Must fight. Must stand, set up amps. The Queen of P&H and surrounding environs Robyn does a sound check. Tug on Gray Label bottle, this week filled with Presidente Brandy, according to current custodian Rob W. And we’re off.

Jon Bertini sounded so good on mandolin with the Shadow Mountain Band that we asked him to sit in with us, and he didn’t disappoint. A civilized and focused first set. Dancers fill the floor. The rest is a journey into whiskey and late night honky tonk shenanigans, where we all must go. After the first set RW spotted the familiar dome of old buddy and college dorm mate Jamie “Buck” Schall. What’s he doing here? A desert hallucination? No, the highway called him and his wife Liz and they left their home and dogs in Las Cruces for whiskey and road food. What a great surprise! It adds even more light and energy to our already fiercely vibrating chakras.

We were told it sounded just dandy, and we believed it. We certainly enjoyed ourselves. Shawn Nourse did an extended drum solo on Wonder Valley Fight Song, using merely a snare and an occasional aside on a tiny tom. Onward, Shawnee Play Drum! Paul M played heroic psychedelic bass, as the band did witness that spirit overtake him. THE 70’S

If you come careening down Pioneertown Road a bit too fast, barrel into Highway 62 and swerve left, you will plow into the Hat Rack Motel, and you will have done mankind a small but vital service. It’s a dive, folks. If the high desert motel world is booked for the weekend, you’re better off pitching a tent. Paul and Victoria endured the night here, hoping to get in a quick hike on Sunday morn. An uneasy night of crusty sheets and late night motorcycle and truck serenades a few feet away from Room 2. At 10 a.m. Paul and Victoria snuck off (not wanting to confront the aggressive maitre d’ motel, as Rob had dropped the key to the unused second Hawks room somewhere in the sands of Pioneertown).

Paul and Victoria had a fine breakfast at the Crossroads Cafe in Joshua Tree, and a finer soy cappuccino at the nearby Ricochet, then a quick but absorbing wandering into a wash off the roadside just inside the Park. Victoria found a power spot and flapped her wings. 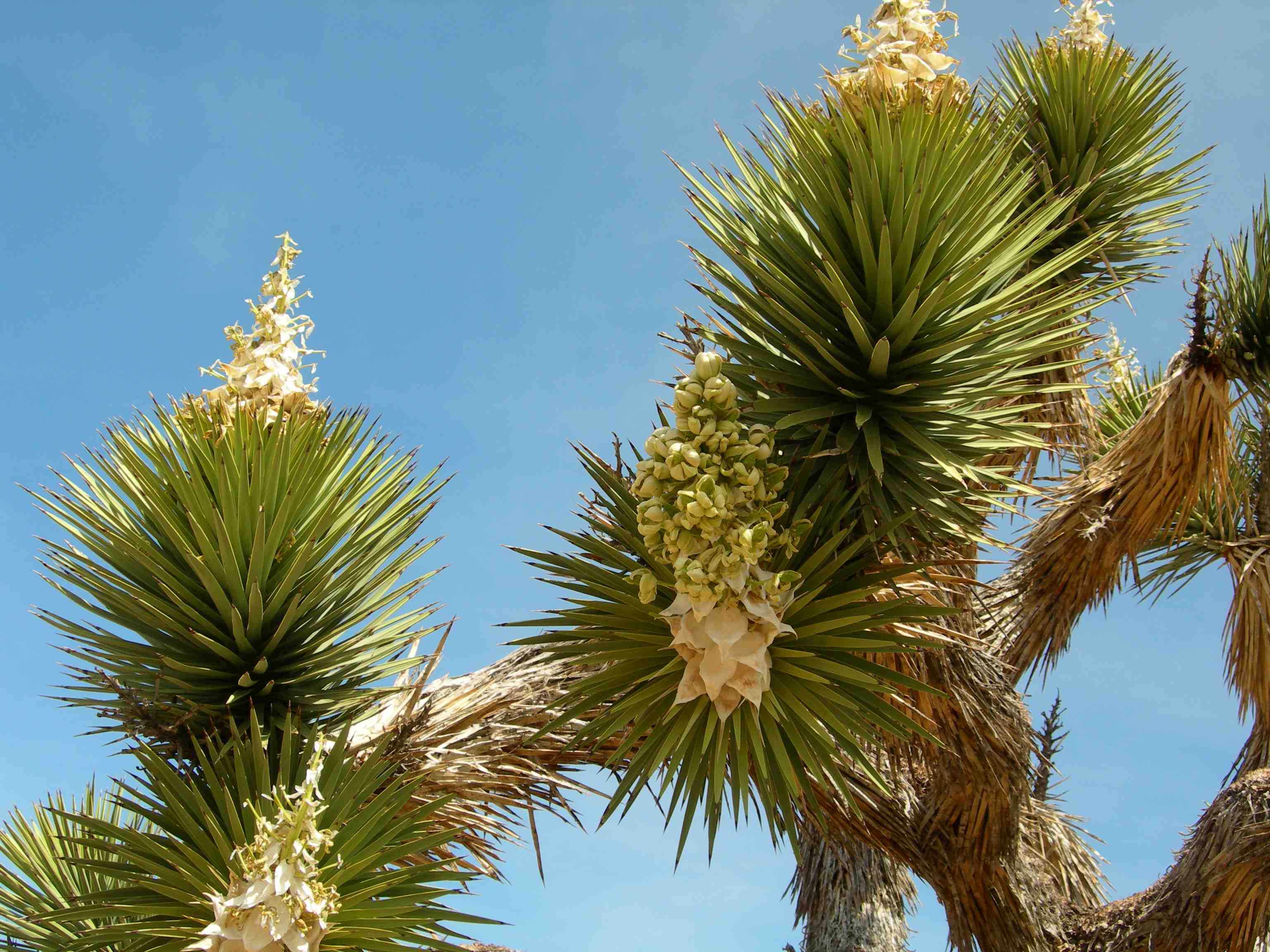 Paul M, Shawn and Rob had powered home the night before. We all met up at the Sierra Madre cabin of Bliss, gentle guardian of the roots music ethos of Southern California (the third high altitude show of the weekend!). Bliss was hosting a reading by Barney Hoskyns, a British rock critic who’s written a book on the Laurel Canyon 1960’s and 1970’s music scene–a fascinating read with many surprising facts and rumors, and bits of interview with David Jackson, original Hawks bassist and member of Hearts and Flowers, Dillard and Clark, John Denver’s band. Jackson was there at the Genesis.Bliss’s ziti was on the table and Belgian ale was making the rounds of the guests: Dani from Walkie Talkie, soon to be Austin bound, Heather Waters, Christina Ortega, Claire Holley, Bryson, Greg DaPonte, Cary Darling, Rick and Suzie Shea . . . hmm, this sounds like name dropping. Well, it was great fun.

The Hawks did an acoustic set, with Mr. Shea sitting in, then Stonehoney laid down their four part harmony tunes, and then the modest Barney Hoskyns read excerpts from his book Hotel California. The sun set through dense trees. We Hawks drifted away. To lower elevation, except for Paul M, who may have gained a few feet at his Tujunga abode.

Next post: WON’T IT BE GREAT WHEN THIS IS REMOVED?