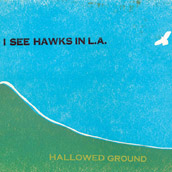 When we finally reached the shore
There stood an oaken door
Out in the foam, calling us home

Keep It In A Bottle

Well we walked fast and we walked slow
We saw a bear and a buffalo
Dry grasses up to our knees
You said, have you been hearing about the bees?

Let’s keep it in a bottle

I’m drunk, I’m stoned, and I’m tired
but pretty soon I’m gonna be wired
On the love from the crowd
that makes me feel so proud
I’m flying in to the Yolo County Airport

We partied hard in the Tyson family yard
Playing catch and release with the chicken and geese
Out in the pond there’s a lot going on
It’s not flat at all, there’s a 20 ft elevation we can see it all

CHORUS
I’m gonna heal my afflictions on the highway down

After all the poems and the plans
The recipes, the documents, the wedding bands
Put Mike Stinson on the stereo
These two lonely hearts need a place to go

Little bird outside our window
You said listen, he never sings the same
We listened for hours and hours
Little bird flew us away to

Environmental Children of the Future

Ever Since the Grid Went Down

And the garrison stood like trees in the woods
Midst the hunters and the prey
We shook off the fright, sparked up a light
Back to Amerikay

They laughed and they danced and they fiddled
They sang their ancient songs
They pulled me into the circle
And said laddy, come along
The black and the gray did soon give way
To the tops of the waves and the sun dappled caves
On the volcanic sands of a virgin land
In the 18th century
In the 18th century

I burned the eucalyptus
And I carried off the stones
For fourteen years I worked the fields
And my fingers to the bone
And then one night the planter
Plucked me from my toil
He said I understand you’re a dancing man
And fast with a fiddle, and smack in the middle of
The parlor I lept for the Queen
I lept for the visiting Queen

And he told me:

I’m not going to be untrue
For anyone, not even you
I’ve got better things to do
Than sit around and be blue
On you

There’s a breathless view painted blue
And I cannot be true, not like you
So I walk away, everyday
Let the years explain my lovely pain

I know you’re strong as we circle the pond
Smell the cabin fire, snap the ice on the wire
And you run ahead, on a cold white bed
Down the orchard row, frozen apples in the snow

And it’s just one night, watching embers die
And your hand’s so warm, as we weather the storm
There’s a breathless view, painted blue
And I cannot be true, I’m not like you